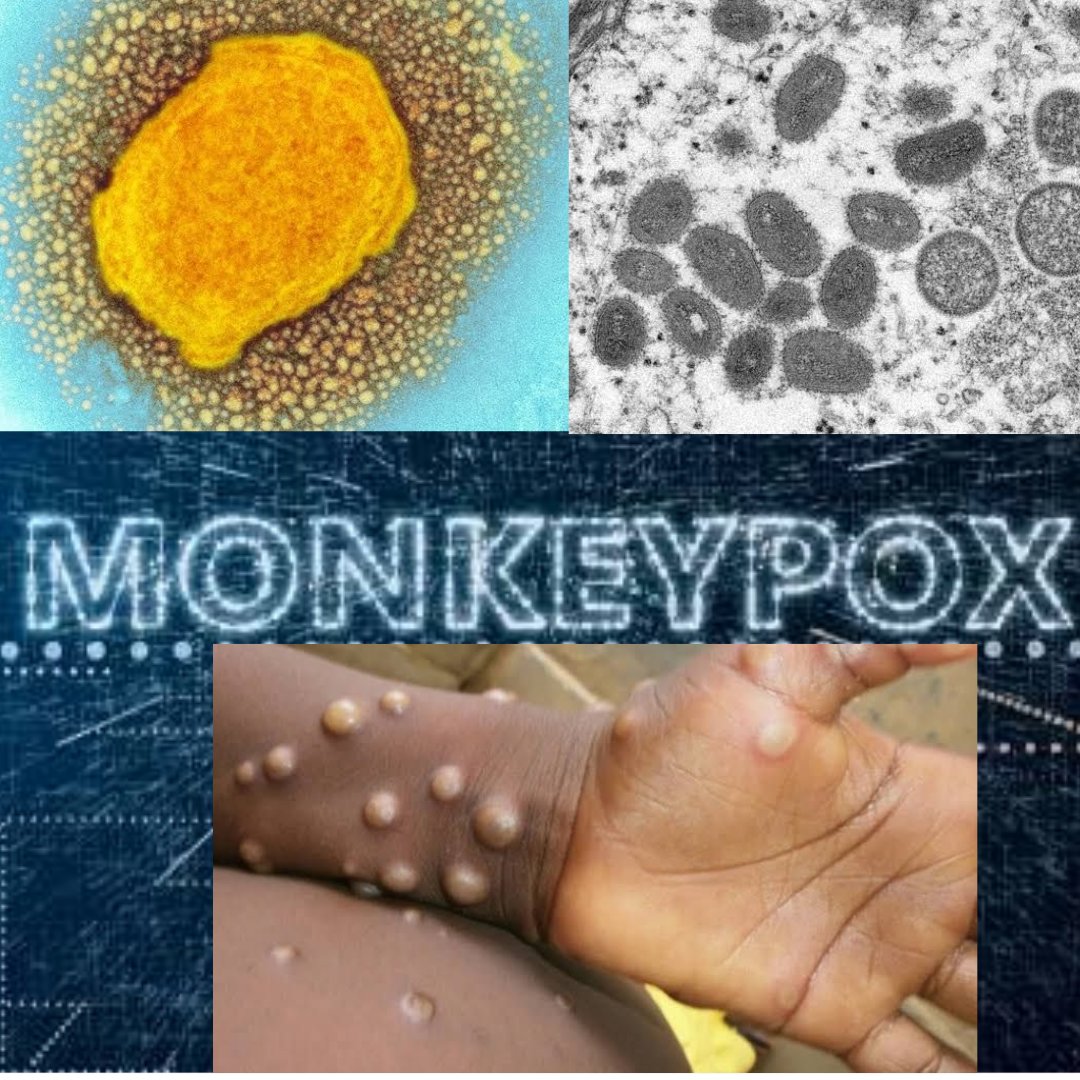 Monkeypox was first discovered in 1958 when two outbreaks of a pox-like disease occurred in colonies of monkeys kept for research, hence the name ‘monkeypox.’ The first human case of monkeypox was recorded in 1970 in the Democratic Republic of Congo during a period of intensified effort to eliminate smallpox. Since then monkeypox has been reported in humans in other central and western African countries.

The natural host of the monkeypox virus

Various animal species have been identified as susceptible to the monkeypox virus. This includes rope squirrels, tree squirrels, Gambian pouched rats, dormice, non-human primates, and other species. Uncertainty remains on the natural history of the monkeypox virus and further studies are needed to identify the exact reservoir(s) and how virus circulation is maintained in nature. (2)

Trending
What’s the use of curry tree

Who is more prone to get affected by the monkeypox virus?

• Person coming more in contact with animals in forest area
• Immuno-comprised people
• People of all ages and both the sexes
• Generally, people younger than 40-50yrs (3)

The reservoir host (main disease carrier) of monkeypox is still unknown although African rodents are suspected to play a part in transmission. The virus that causes monkeypox has only been recovered (isolated) twice from an animal in nature. In the first instance (1985), the virus was recovered from an apparently ill African rodent (rope squirrel) in the Equateur region of the Democratic Republic of Congo. In the second (2012), the virus was recovered from a dead infant mangabey found in the Tai National Park, Cote d’Ivoire. (1)

Monkeypox virus is an enveloped double-stranded DNA virus that belongs to the Orthopoxvirus genus of the Poxviridae family. There are two distinct genetic clades of the monkeypox virus – the Central African (Congo Basin) clade and the West African clade. The Congo Basin clade has historically caused more severe disease and was thought to be more transmissible. The geographical division between the two clades has so far been in Cameroon – the only country where both virus clades have been found. (2)

Infection with the monkeypox virus begins with an incubation period. A person is not contagious during this period.

• A person does not have symptoms and may feel fine. (1)

The illness begins with:

Within 1 to 3 days (sometimes longer) after the appearance of fever, the patient develops a rash, often beginning on the face then spreading to other parts of the body.

Lesions progress through the following stages before falling off:

The illness typically lasts for 2−4 weeks. In Africa, monkeypox has been shown to cause death in as many as 1 in 10 persons who contract the disease. (1)

Persons with monkeypox will develop an early set of symptoms (prodrome). A person may sometimes be contagious during this period.

• Lymphadenopathy is a distinguishing feature of monkeypox from smallpox.

• This typically occurs with fever onset, 1–2 days before rash onset, or rarely with rash onset.

• Lymph nodes may swell in the neck (submandibular & cervical), armpits (axillary), or groin (inguinal) and occur on both sides of the body or just one. (1)

Following the prodrome, lesions will develop in the mouth and on the body. Lesions progress through several stages before falling off. A person is contagious from the onset of the enanthem through the scab stage.
1. Enanthem: The first lesions to develop are on the tongue and in the mouth.

• 2. Macules: (1−2 days) Following the enanthem, a macular rash appears on the skin, starting on the face and spreading to the arms and legs and then to the hands and feet, including the palmdistributionThe rash typically spreads to all parts of the body within 24 hours becoming most concentrated on the face, arms, and legs (centrifugal distribution
• Papules: (1−2 days)By the third day of rash, lesions have progressed from macular (flat) to papular (raised).

• Vesicles: (1−2 days) By the fourth to fifth day, lesions have become vesicular (raised and filled with clear fluid).

• Pustules: (5−7 days) By the sixth to the seventh day, lesions have become pustular (filled with opaque fluid) – sharply raised, usually round, and firm to the touch (deep-seated).

• Lesions will develop depression in the center (umbilication).

• The pustules will remain for approximately 5 to 7 days before beginning to crust.

• Scabs: (7−14 days)By the end of the second week, pustules have crusted and scabbed over.

• Scabs will remain for about a week before beginning to fall off. (1)

What is the differential diagnosis of the monkeypox virus?

SMALLPOX
It is very much like smallpox, as rash and pustule presentation are very much alike, in the monkeypox virus lymph nodes are enlarged which can be a differentiating point between them. (3)

Homeopathy can help in improving immunity and help to fight viral infections, it helps in relieving the pain and suffering and aids natural recovery.

Raising awareness of risk factors and educating people about the measures they can take to reduce exposure to the virus is the main prevention strategy for monkeypox. Scientific studies are now underway to assess the feasibility and appropriateness of vaccination for the prevention and control of monkeypox. Some countries have, or are developing, policies to offer vaccine to persons who may be at risk such as laboratory personnel, rapid response teams and health workers.

Reducing the risk of human-to-human transmission

Surveillance and rapid identification of new cases are critical for outbreak containment. During human monkeypox outbreaks, close contact with infected persons is the most significant risk factor for monkeypox virus infection. Health workers and household members are at a greater risk of infection. Health workers caring for patients with suspected or confirmed monkeypox virus infection, or handling specimens from them, should implement standard infection control precautions. If possible, persons previously vaccinated against smallpox should be selected to care for the patient.

Samples taken from people and animals with suspected monkeypox virus infection should be handled by trained staff working in suitably equipped laboratories. Patient specimens must be safely prepared for transport with triple packaging in accordance with WHO guidance for transport of infectious substances.

The identification in May 2022 of clusters of monkeypox cases in several non-endemic countries with no direct travel links to an endemic area is atypical. Further investigations  are underway to determine the likely source of infection and limit further onward spread. As the source of this outbreak is being investigated, it is important to look at all possible modes of transmission in order to safeguard public health. (2)

Reducing the risk of zoonotic transmission

Over time, most human infections have resulted from a primary, animal-to-human transmission. Unprotected contact with wild animals, especially those that are sick or dead, including their meat, blood and other parts must be avoided. Additionally, all foods containing animal meat or parts must be thoroughly cooked before eating. (2)

Some countries have put in place regulations restricting importation of rodents and non-human primates. Captive animals that are potentially infected with monkeypox should be isolated from other animals and placed into immediate quarantine. Any animals that might have come into contact with an infected animal should be quarantined, handled with standard precautions and observed for monkeypox symptoms for 30 days. (2)

How monkeypox relates to smallpox

The clinical presentation of monkeypox resembles that of smallpox, a related orthopoxvirus infection which has been eradicated. Smallpox was more easily transmitted and more often fatal as about 30% of patients died. The last case of naturally acquired smallpox occurred in 1977, and in 1980 smallpox was declared to have been eradicated worldwide after a global campaign of vaccination and containment. It has been 40 or more years since all countries ceased routine smallpox vaccination with vaccinia-based vaccines. As vaccination also protected against monkeypox in West and Central Africa, unvaccinated populations are now also more susceptible to monkeypox virus infection.

Whereas smallpox no longer occurs naturally, the global health sector remains vigilant in the event it could reappear through natural mechanisms, laboratory accident or deliberate release. To ensure global preparedness in the event of reemergence of smallpox, newer vaccines, diagnostics and antiviral agents are being developed. These may also now prove useful for prevention and control of monkeypox. (2) 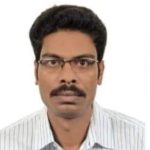 There are no reviews yet.

Be the first to review “Homoeopathic management for monkeypox virus”