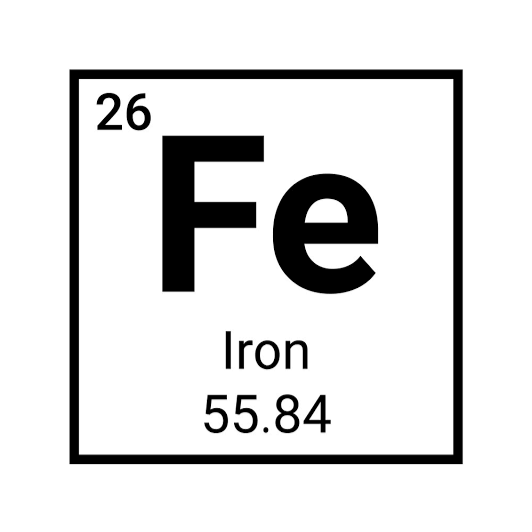 Iron overload disorder or hemochromatosis are a group of medical conditions that cause the body to store excess iron.

They include hereditary hemochromatosis, a genetic condition in which a person’s body absorbs too much iron from foods and drinks.

The body cannot excrete excess iron, so it stores it in certain organs, notably the liver, heart, and pancreas, which can lead to organ damage. Damage to the pancreas can cause diabetes. Excess iron can, without treatment, also turn the skin a bronze color.

Hereditary hemochromatosis occurs due to a mutation in a gene called HFE. This gene controls the amount of iron that the body absorbs. Two possible mutations in the HFE gene are C282Y and H63D. With inherited hemochromatosis have inherited two copies of C282Y, one from the mother and the other from the father. A person who inherits just one faulty gene is not certain to develop iron overload syndrome, but they will be a carrier, and they will probably absorb more iron than normal.

If both parents are carriers, there is a 1 in 4 chance that their child will have two faulty genes, one from each parent. However, some people with two copies of the C282Y mutation never experience symptoms.

Some people inherit one C282Y mutation and one H63D mutation. A small proportion of these people will develop hemochromatosis symptoms. Inheriting two copies of H63D is rare, and research has not yet confirmed whether this may increase the risk of hemochromatosis.

Secondary hemochromatosis can result from some kinds of anemia, such as thalassemia, chronic liver disease, chronic hepatitis C infection or alcohol-related liver disease.

Juvenile hemochromatosis is an inherited condition that results from defects in a gene called HJV. Iron builds up earlier in life, and symptoms appear between the ages of 15 and 30 years.

Symptoms include diabetes and problems with sexual development. Without treatment, it can be fatal.

In newborns with neonatal hemochromatosis, iron can accumulate so fast in the liver that the infant is either stillborn or does not survive long after birth. Research suggests that the cause is not genetic. It may happen because the mother’s immune system produces antibodies that damage the fetal liver.

The following risk factors may increase a person’s likelihood of having hemochromatosis:

• Genetic factors: Having two copies of a faulty HFE gene is the main risk factor for hereditary hemochromatosis.

• Family history: A person with a parent, child, brother, or sister with hemochromatosis is more likely to have it.

• Ethnicity: Caucasian people of Northern European descent have a higher risk of having the HFE gene mutation and of developing hemochromatosis. It is less common in people of African American, Hispanic, Asian, and American Indian descent.

• Gender: Iron overload affects both males and females, although it may have a less significant effect  on females. The reason for this is that most females regularly lose blood during menstruation, and blood loss reduces iron levels. Males may develop symptoms at the age of about 40–60 years, and females may have symptoms after menopause.

The signs and symptoms of iron overload disorder are often mild, in 3 out of 4 cases, people with iron overload show no symptoms.

Signs usually do not appear until middle age or, in females, after menopause. Nowadays, people with hemochromatosis are less likely to develop symptoms because diagnosis tends to take place earlier than it did in the past.

If the condition advances, the main symptoms include:

• hyperpigmentation, or the skin turning a bronze color

• a loss of libido, or sex drive

• in males, reduction in the size of the testicles

• in females, reduced or absent menstruation

In time, the following conditions may develop:

• liver disease or cirrhosis (permanent scarring) of the liver

• enlargement of the liver