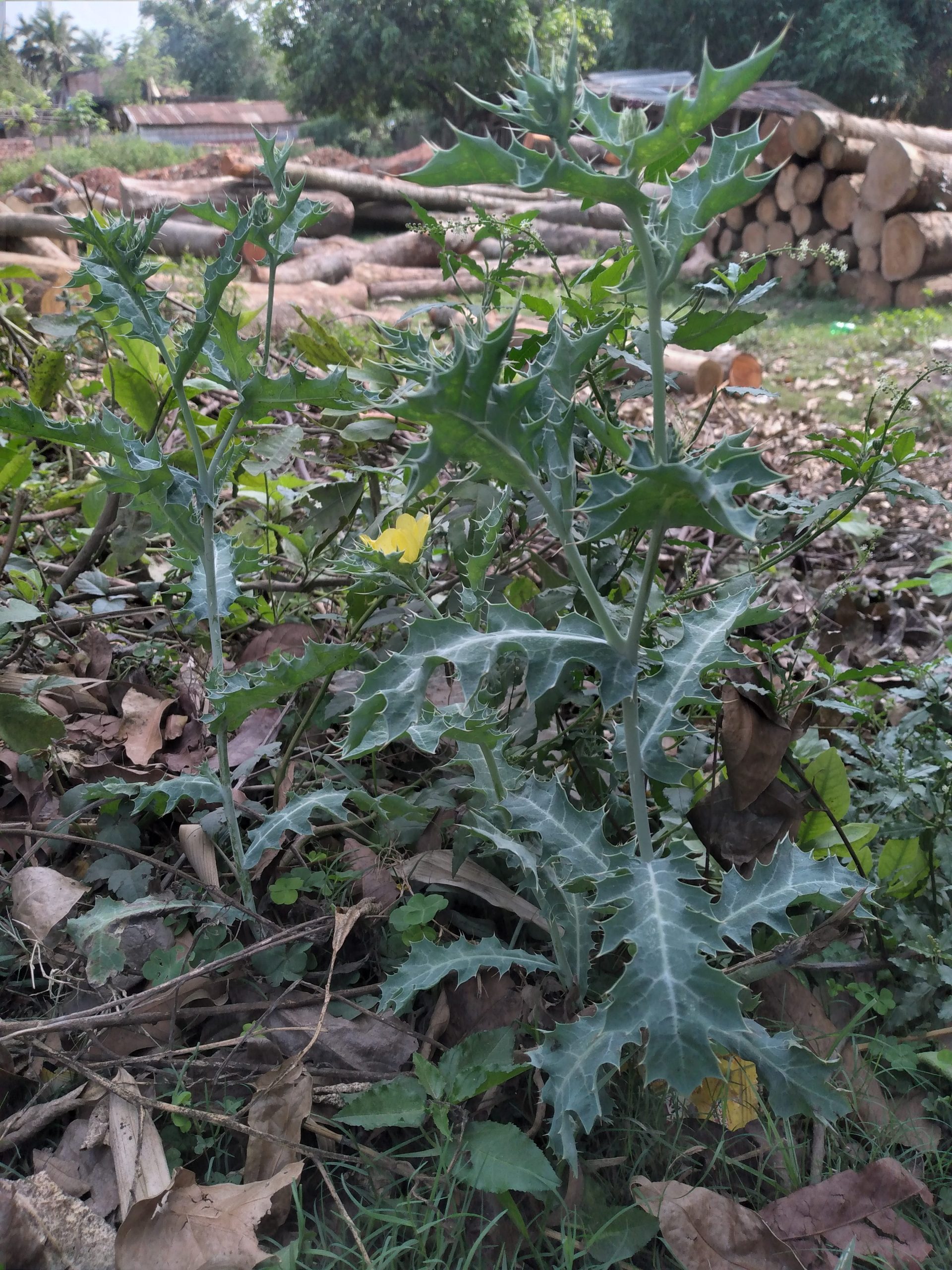 Argemone mexicana (Mexican poppy, Mexican prickly poppy, flowering thistle, cardo or cardosanto) is a species of poppy found in Mexico and now widely naturalized in many parts of the world. An extremely hardy pioneer plant, it is tolerant of drought and poor soil, often being the only cover on new road cuttings or verges. It has bright yellow latex. It is poisonous to grazing animals, and it is rarely eaten, but it has been used medicinally by many peoples, including those in its native area, as well as the Natives of the western US, parts of Mexico and many parts of India. In India, during the colorful festival Holika Dahan, adults and children worship by offering flowers, and this species is in its maximum flowering phase during March when the Holi festival is celebrated. It is also referred to as “kateli ka phool” in India.

Argemone mexicana seeds contain 22–36% of a pale yellow non-edible oil, called argemone oil or katkar oil, which contains the toxic alkaloids sanguinarine and dihydrosanguinarine. Four quaternary isoquinoline alkaloids, dehydrocorydalmine, jatrorrhizine, columbamine, and oxyberberine, have been isolated from the whole plant of Argemone mexicana.Many other alkaloids such as argemexicaines A and B, coptisine, cryptopine, allocryptopine and chelerythrine have also been found in this plant.

The Seri of Sonora, Mexico use the entire plant both fresh and dried. An infusion is made to relieve kidney pain post-natally. When the Spanish arrived in Sonora, they called it cardosanto, taken as a laxative. An Argemone mexicana tea is used in Mali to treat malaria. In the traditional medicine of India, the yellow sap of A. mexicana and the whole plant may be used as a supposed treatment for jaundice.