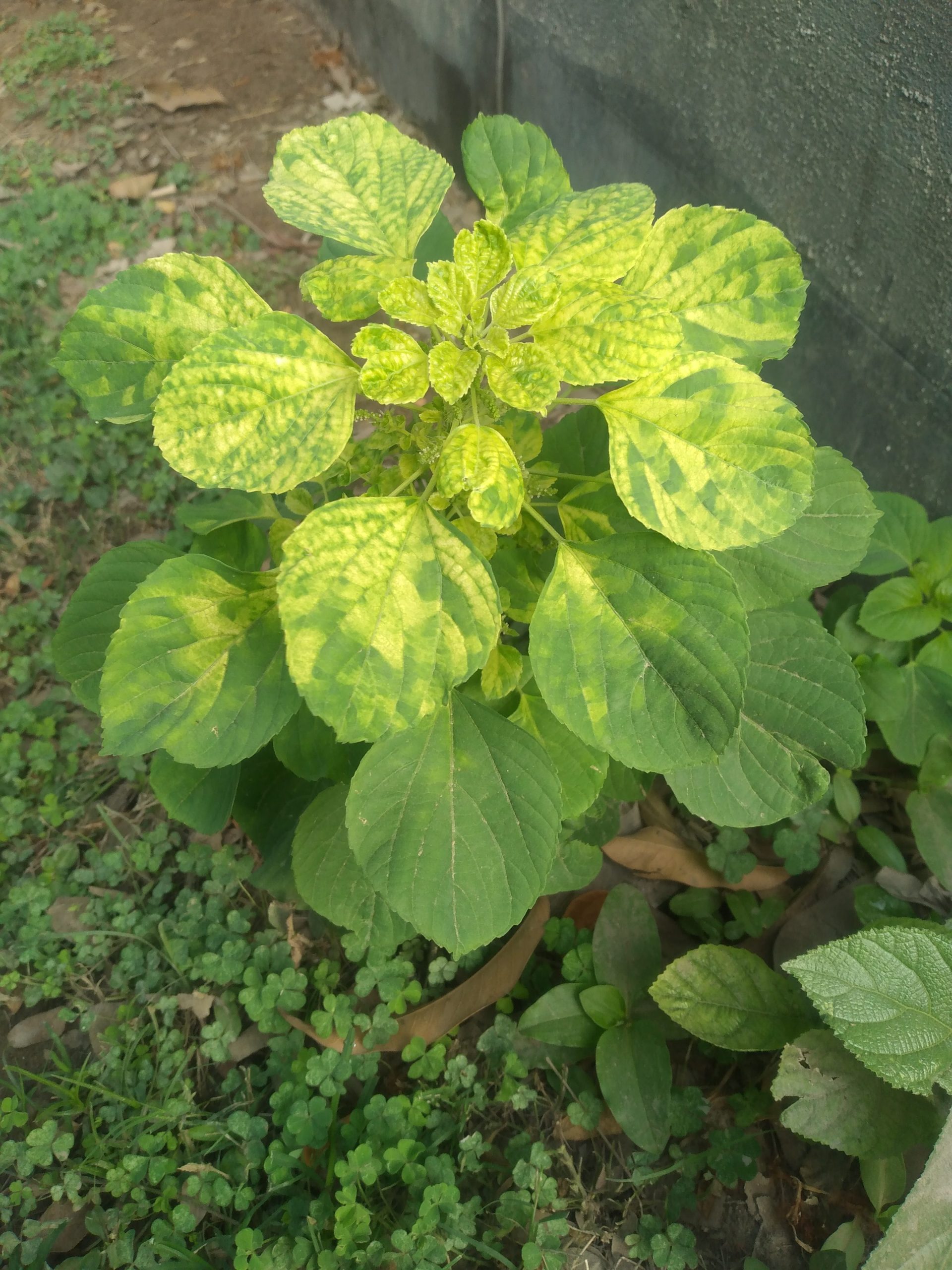 Acalypha indica,Indian Acalypha, Indian Mercury, Indian Copperleaf, Indian Nettle, Three-seeded Mercury is an herbaceous annual that has catkin-like inflorescences with cup-shaped involucres surrounding the minute flowers. It is mainly known for its root being attractive to domestic cats, and for its various medicinal uses. It occurs throughout the Tropics.

The plant has many traditional medicinal uses. In Madagascar, the crushed plant is used for skin parasites. In Mauritius, the sap of crushed leaves mixed with salt, or a decoction of plant, is used for scabies and other skin problems. In the Seychelles and Réunion, a root infusion or decoction is taken for asthma, and also to clean the liver and kidneys. The root decoction is also taken for intestinal worms and stomach ache. The leaf sap is taken as an emetic. An infusion together with the roots of Tylophora indica is taken in Réunion as an emetic in the case of poisoning. A leaf infusion is also taken as a purgative and vermifuge in Réunion and Madagascar. In East Africa sap of the leaves is used for eye infections. Leaf powder is used for maggot-infested wounds. Acalypha indica is listed in the Pharmacopoeia of India as an expectorant to treat asthma and pneumonia. It was formerly listed in the British Pharmacopoeia.

This plant is held in high esteem in traditional Tamil Siddha medicine as it is believed to rejuvenate the body.The plant has also been eaten as a vegetable in Africa and India, but care needs when eating it since it contains several alkaloids as well as hydrocyanic acid.

The chemicals that attract cats are the iridoid compounds isodihydronepetalactone and isoiridomyrmecin.

Some of the chemical compounds in Acalypha indica cause dark chocolate-brown discoloration of blood, and gastrointestinal irritation in rabbits. Ingestion of Acalypha indica may lead to hemolysis in people suffering from glucose-6-phosphate dehydrogenase deficiency. Acalyphin is used as a substitute for ipecacuanha, a vermifuge, expectorant and emetic.Acalypha indica leaves are used in the traditional medicine of India as a jaundice remedy.

A drug having a marked action on the alimentary canal and respiratory organs. It is indicated in incipient phthisis, with hard, racking cough, bloody expectoration, arterial hćmorrhage, but no febrile disturbance. Very weak in the morning, gains strength during day. Progressive emaciation. All pathological hćmorrhages having notably a morning aggravation.

Chest.–Cough dry, hard, followed by hćmoptysis; worse in morning and at night. Constant and severe pain in chest. Blood bright red and not profuse in morning; dark and clotted in afternoon. Pulse soft and compressible. Burning in pharynx, śsophagus, and stomach.