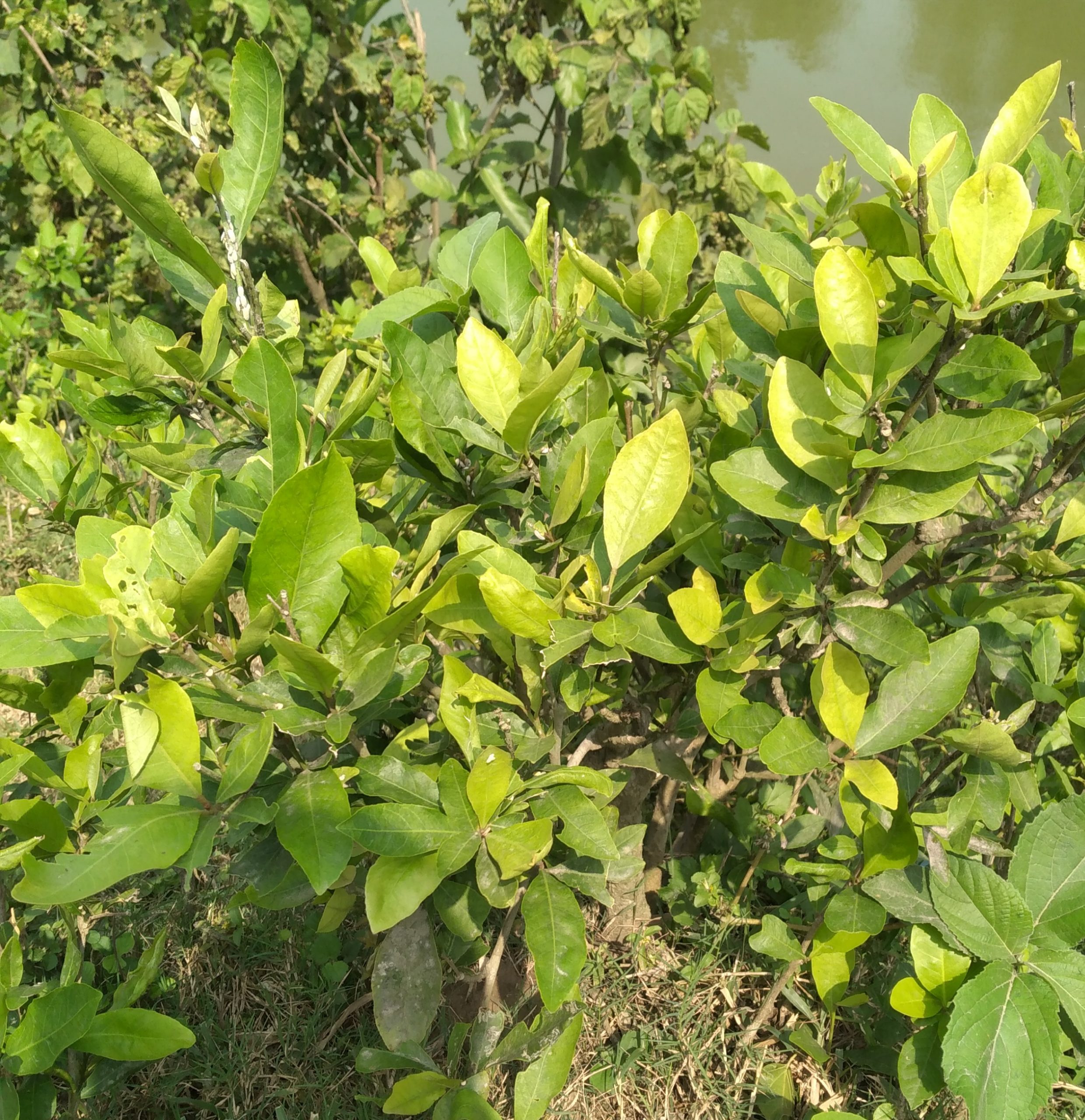 The plant is often used in traditional medicine, both on its own and as an ingredient of various medicinal mixtures. Several alkaloids and amides that have been isolated from the plant are reported to have biological activities Glycozolidol, a carbazole alkaloid isolated from the roots, is active against some gram-positive and gram-negative bacteria. Leaf and stem bark extracts have been shown to have a healing effect upon damaged liver tissue. Extracts of the root bark have been shown to exhibit significant activity in the treatment of diarrhoea. An ethanol extract was found to be more effective at lower dosages than an aqueous extract. A steam distillate of the leaves has shown high antifungal activity against Cladosporium cladosporioides, but no activity against Staphylococcus aureus or Escherichia coli. A decoction of the roots is taken to treat bilious attacks. A decoction of roots and leaves is taken for intestinal trouble. An infusion of leaves and roots is given after childbirth as a protective medicine. The leaves are considered appetitive, stomachic and an infusion of roasted leaves is prescribed for women after delivery as an appetizer. In traditional Indian medicine, the plant is used to treat diarrhoea, coughs, rheumatism, anaemia, and jaundice. Juice of the leaves is used in fever, liver complaints and as a vermifuge. A paste of the leaves, mixed with ginger, is applied for eczema and skin affections. A decoction of the roots is given for facial inflammation.

Trending
What’s the use of curry tree

Alkaloid extracts of the roots have been shown to inhibit crown gall tumours produced by Agrobacterium tumefaciens in a potato disk bioassay. The roots have also been shown to inhibit the growth and survival of larvae of the citrus root weevil, Diaprepes abbreviatus, when incorporated in their diet. A petroleum ether extract of the root has been shown to be lethal to the larvae of Culex quinquefasciatus, Culex sitiens, Aedes aegypti and Anopheles stephensi. Leaf extracts have shown a high degree of nematicidal action against the adults and larvae of the nematode Radopholus similis; as well as larvicidal activity against the mosquito Culex quinquefasciatus. The bio-active compound responsible for this activity was identified as the quinazolone alkaloid arborine. The pale wood is sometimes used for tool handles.

Causes & Symptoms for Atista Indica
A remedy for worms, colic pain, biliary and gastric problems.
It helps in regulating the liver functions.
It is used in indigenous medicine for cough, jaundice, inflammation.
Atista Indica is a great remedy for unquenchable thirst during hot stage.
Mind and Head

Pain in one temple at a time with vertigo in the morning.

Useful in trembling of light before eyes, after sleep.

For humming sound in the ear it gives a relief

Bleeding gums; dull pains at the root of the teeth.

Inflammation of the tonsils after the increased or rise of body temperature.

Constant spitting in the morning with occasional belching of salty water;flatulence temporarily relieved by eructations.

Frequent eructation after a meal; heart-burnt 3-4 hours after food is relieved with Atista Indica.

Colicky pain round the naval, drawing pain in the renal region.

Pale earthly stool; bloody mucous stool with or without force indicates this remedy.

It relieves the electric-like throbbing pains in urethra.

Early semen discharging at night due to over excitement.

Atista Indica relieves the heaviness and numbness in the legs.

There are no reviews yet.