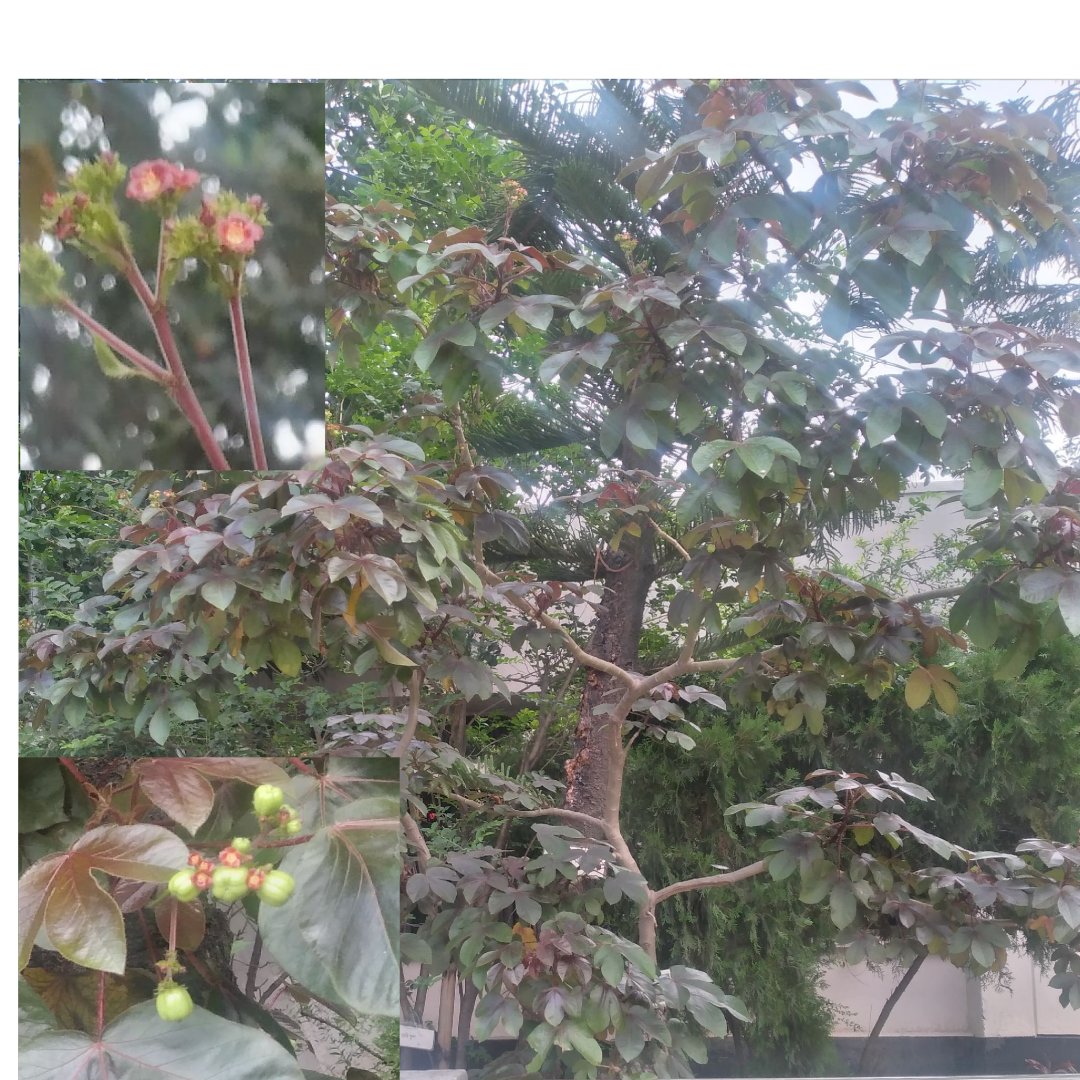 Jatropha gossypiifolia, commonly known as bellyache bush, black physicnut or cotton-leaf physicnut, is a species of flowering plant in the spurge family, Euphorbiaceae. The species is native to Mexico, Philippines, South America, Gujarat State (India), and the Caribbean islands. It is a declared noxious weed in Puerto Rico and is naturalised in northern Australia, including Queensland where it is listed as a Class 2 declared pest plant. It grows to 2.5–4 m (8.2–13.1 ft) high. The three lobed leaves are purple and sticky when young and become bright green with age. The small red flowers with yellow centres appear in clusters. These are followed by cherry-sized seed pods that are poisonous. Powdery mildew fungal disease was reported.

Several human and veterinary uses in traditional medicine are described for different parts (leaves, stems, roots, seeds, and latex) and preparations (infusion, decoction, and maceration, among others) based on this plant, by different routes (oral or topical). The most frequent reports concern its antihypertensive, anti-inflammatory, antiophidian, analgesic, antipyretic, antimicrobial, healing, antianemic, antidiabetic, and antihemorrhagic activities, among many other examples. Other uses are also related to this plant, such as biodiesel production, pesticide, insecticide, vermifuge, ornamentation, and even its use in religious rituals.